Home > News > Uncategorised > Fog lights – switch on or switch off? 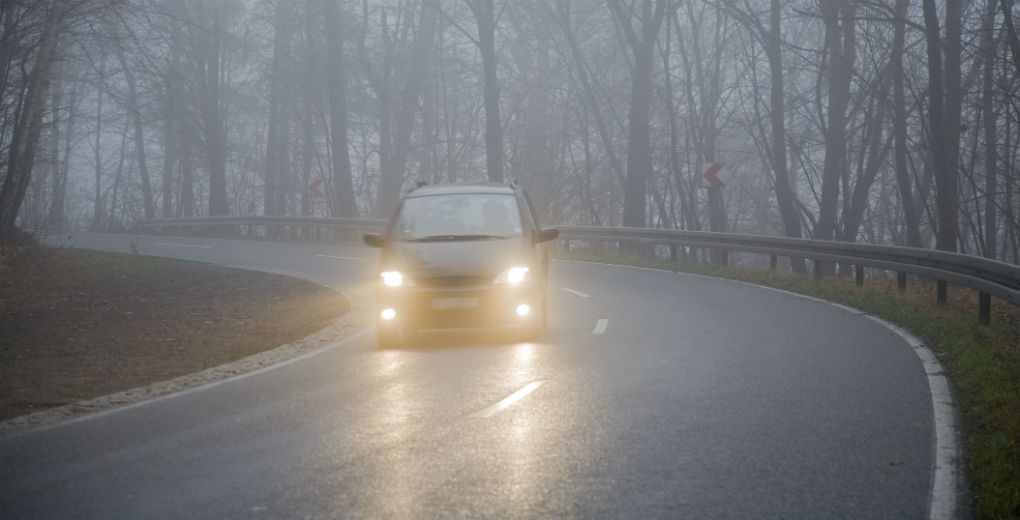 Fog lights – switch on or switch off?

There’s on-going confusion around when you should use fog lights, especially as they’re not limited to foggy conditions. Many new models have replaced fog lights with LED daytime running lights, while some lower cost cars have no additional lights full stop.

According to UK law, all vehicles must be fitted with rear fog lights, however. But what is their purpose and when should you be using them?

When to use them
Any time that visibility is poor. This could be in fog, or heavy rain and snow. Specifically, if you can’t see for more than 100m (328 feet), that’s when you should be putting on fog lights. To give you an idea of distance, street lights in 30mph zones in the UK are 200m apart, so if you can’t see the next one ahead, this would signify poor visibility.

Why?
Both front and rear fog lights are designed for you to be seen in poor visibility when your main headlights aren’t enough, not for you to find your way through bad driving conditions.

When not to use them
When visibility is improved. If you’ve switched on fog lights to combat a downpour or thick fog, remember to switch them off again when the weather eases up, or the fog lifts.

They don’t offer much in the way of improved visibility in normal conditions at night, so there is no point in turning them on just to help you see when driving in the dark.

Why?
Your front fog lights can dazzle other users in normal circumstances, while rear fog lights can obscure your brake lights, so those behind you may not realise you’re stopping or slowing down. Leaving them on after heavy rain can also increase distraction for other drivers as they reflect off surface water.